“It isn’t by getting out of the world that we become enlightened, but by getting into the world…by getting so tuned in that we can ride the Waves of our Existence and never get tossed because we become the Waves.” ― Ken Kesey,

Ken Kesey ( 1935 – 2001 ) burst into the literary scene with the “Cuckoo’s Nest” in 1962 which he wrote from his experiences working at a veterans hospital. During this period,

[on not being mentioned as author of ‘One Flew Over the Cuckoo’s Nest’, when it won the Best Picture award] Oscar night should have been one of the great days of my life, like my wedding. I really love movies.

When they can be turned around to break your heart like this, well, it’s like something you never thought would happen.― Ken Kesey,

Lama Surya Das (born Jeffrey Miller in 1950) is one of the foremost Western Buddhist meditation teachers and scholars, one of the main interpreters of Tibetan Buddhism in the West, and a leading spokesperson for the emerging American Buddhism. The Dalai Lama affectionately calls him “The Western Lama.”

I remember sitting in his backyard in his garden, one day, and he started talking about God. He [Jobs] said, “ Sometimes I believe in God, sometimes I don’t. I think it’s 50/50, maybe.

But ever since I’ve had cancer, I’ve been thinking about it more, and I find myself believing a bit more, maybe it’s because I want to believe in an afterlife, that when you die, it doesn’t just all disappear.

The wisdom you’ve accumulated, somehow it lives on.”

Joy to the WORLD! There IS an after-life!”
― Walter Isaacson, Steve Jobs

Either people believe there is Current

people do not believe there is Current.

Knowing the Current is True Spirituality ,

knowing the Use of Current is Modern Science,

Believing and not believing both are Philosophies.\

Quote from Book ” Own zerO ”

Walter Isaacson, the 43rd Jefferson lecturer, is a journalist and a writer who worked for many years at Time, where he served as editor from 1996 to 2001.

He is also an acclaimed biographer, whose subjects have included Henry Kissinger, Albert Einstein, Benjamin Franklin, and Steve Jobs. In 2001, he became the CEO of CNN, where he worked until 2003, when he became the president and CEO of the Aspen Institute.

“All my life one of my greatest desires has been to travel-to see and touch unknown countries, to swim in unknown seas, to circle the globe, observing new lands, seas, people, and ideas with insatiable appetite, to see everything for the first time and for the last time, casting a slow, prolonged glance, then to close my eyes and feel the riches deposit themselves inside me calmly or stormily according to their pleasure, until time passes them at last through its fine sieve, straining the quintessence out of all the joys and sorrows.”
― Nikos Kazantzakis,

“ True teachers are those who use themselves as Bridges over which they invite their students to Cross; then, having facilitated their Crossing, joyfully collapse, encouraging them to create their own.”
― Nikos Kazantzakis

One of the most important Greek writers, poets and philosophers of the 20th century, was born in Iraklion in 1883. Kazantzakis, much more of a philosopher than a writer .

Enlightenment is a Effortless Effort so just look and Be. — ram H singhal

Bodhidharma was a Buddhist Monk who lived during the 5th or 6th century and transmitter of Chan Buddhism to China, and he also began the physical training of the monks of Shaolin Monastery that led to the creation of Shaolin Kungfu .

Emperor Wu: “How much karmic merit have I earned for ordaining Buddhist monks, building monasteries, having sutras copied, and commissioning Buddha images?”
Bodhidharma: “None. Good deeds done with worldly intent bring good karma, but no merit.”
Emperor Wu: “So what is the highest meaning of  Noble Truth “
Bodhidharma: “There is no noble truth, there is only emptiness.”
Emperor Wu: “Then, who is standing before me?”
Bodhidharma: “I know not, Your Majesty.”

Out of Emptiness and into Emptiness is Noble Truth . ram H singhal

“In every community, there is work to be done.
In every nation, there are wounds to heal.
In every heart, there is the power to do it.”
― Marianne Williamson

“Each of us has a unique part to play in the healing of the world.”
― Marianne Williamson,

“Love is what we are born with. Fear is what we learn. The spiritual journey is the unlearning of fear and prejudices and the acceptance of love back in our hearts.

Love is the essential reality and our purpose on earth. To be consciously aware of it, to experience love in ourselves and others, is the meaning of life. Meaning does not lie in things. Meaning lies in us.”
― Marianne Williamson

Marianne Williamson is a bestselling author, political activist and spiritual thought leader. She is the author of 14 books, four of which have been #1 New York Times best sellers. Marianne (born July 8, 1952)  is a native of Houston, Texas. USA.

This morning listening this song ….. it is a Need and Heed of the present times of CORONA Virus 2019

There comes a time
When we heed a certain call
When the world must come together as one
There are people dying
Oh, and it’s time to lend a hand to life .

Love is the Universal Current flowing in all the Bulbs of all the Different Colors , so we are the World of Love .

“The biggest embrace of love you’ll ever make is to embrace yourself completely.

Then you’ll realize you’ve just embraced the whole universe, and everything and everybody in it.”

“The more in harmony you are with the flow of your own existence, the more magical life becomes.” ~ Adyashanti

“True meditation has no direction or goal.

Adyashanti is an American spiritual teacher from the San Francisco Bay Area who gives regular satsangs in the United States and also teaches abroad. He is the founder of Open Gate Sangha, Inc. a nonprofit organization that supports, and makes available, his teachings. 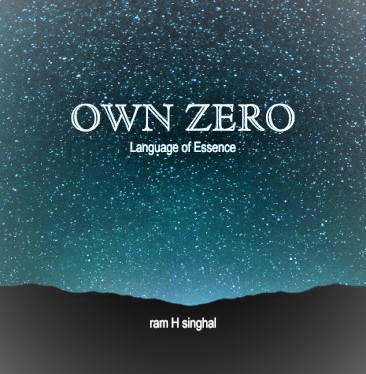 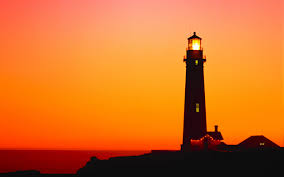